CFCC hosted the Raymond Sinclair Memorial 10tt on Wednesday 15/5/13 on the A9 course. The riders had a tailwind out to the turn at Cullrosie roundabout making the outward leg fast going but once round the turn some bits became quite hard with the wind in your face on the way to the finish. Kyle Gordon of Sandy Wallace Cycles was the fastest rider on the night completing the course in a time of 20.56mins.The winner of the Raymond Sinclair Memorial Trophy which goes to the fastest rider on Handicap was Gary Russell of RAF CC who managed a pb to finish with a handicap time of 18.15mins.

Winners on the night were: 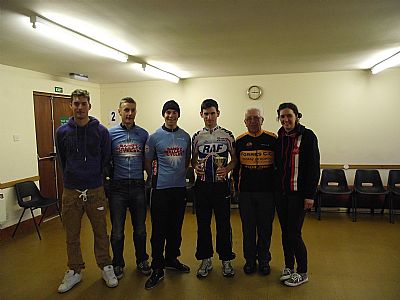 CFCC had five riders competing their times were :

CFCC would like to thank the timekeepers, commisaire and marshals who helped run the event and a special thanks to Carol Sinclair and June Henderson who provided the cakes and sandwiches and made the tea for us all at the finish.